Twitter is no longer the social media platform you know and love. It's now a place to find out what your favorite celebrity has to say, how well-known brands are increasing their follower count, or how your followers are responding to your latest twe...

Twitter is no longer the social media platform you know and love. It's now a place to find out what your favorite celebrity has to say, how well-known brands are increasing their follower count, or how your followers are responding to your latest tweet. However, it can also be a means of gaining new audience members.

This article will teach you how to create tweets that will get reactions from your audience and build relationships with them. Besides the basics of tweeting content, this article will also teach you the best times to tweet and types of content that require different forms of engagement on Twitter.

The tweet formula is a simple way to create tweets that have the best chance of being tweeted and retweeted. It includes factors like words, tweeting frequency, media types, and brand responsiveness.

Let's say you want your content to get a lot of retweets because you're promoting something new. Your tweet will need to contain more than 100 words and be posted within an hour or two of the original release.

On the other hand, if you want your content to spread quickly just before a big event takes place, you'll need to keep it short with quick responses. This will give your content urgency as people are waiting for information on the event. You'll also want to use pictures or videos in this case so that people can see what you're talking about and react accordingly.

The Formula in Action

This tweet asks important questions and makes the audience want more information (clickable link). It also promises value with its description of the product and why it matters to other people.

This short tweet has all of the previous elements but in a much quicker format and with a question that encourages audiences to engage.

The answer to this question is dependent on your brand. If you're looking for likes and shares, follow this formula: "2-3 tweets per day (10-15 total tweets a week)". 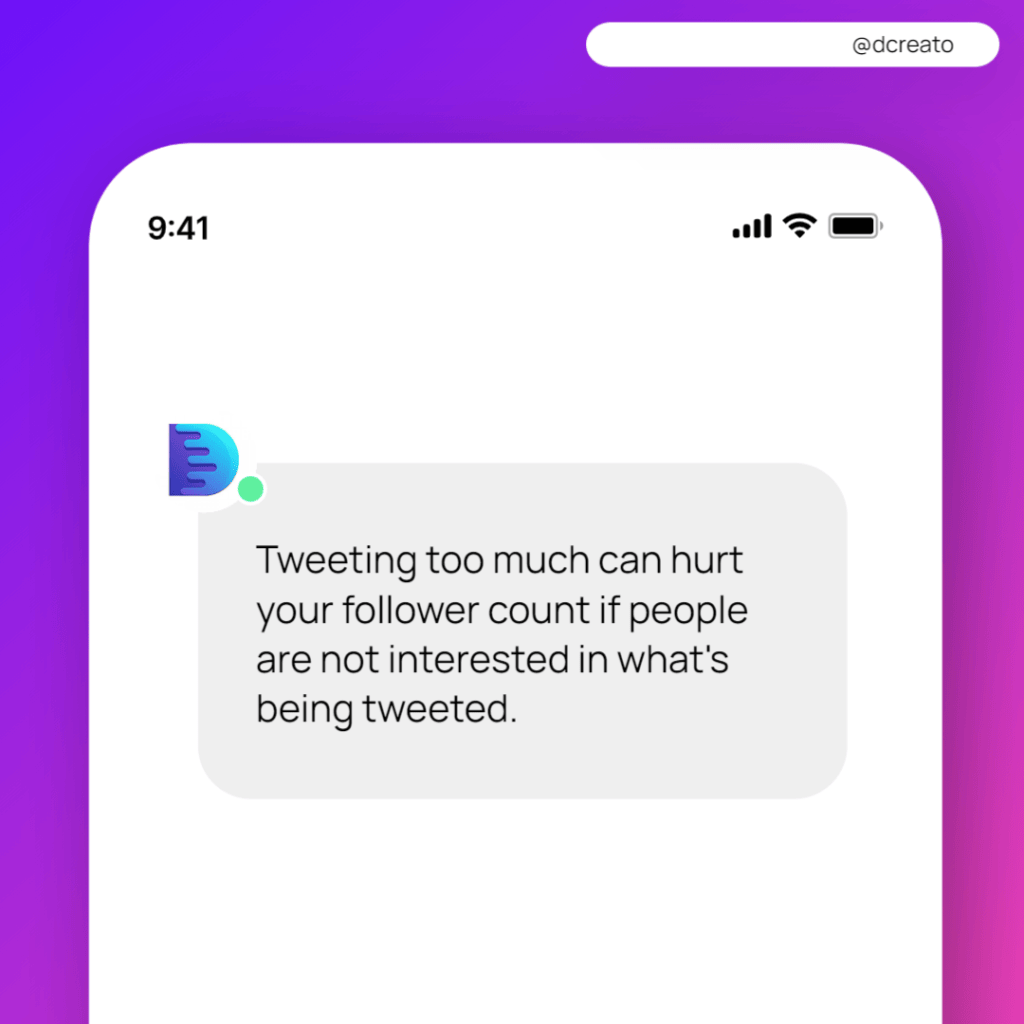 But if you're trying to engage with your audience, use the formula: "1 tweet every 3-4 days (5-7 total tweets a week)." This will ensure that you have enough content coming out on a regular basis to keep your followers engaged. You should also be aware of the types of content that require different forms of engagement on Twitter. Content like polls, quizzes, and surveys should be posted at different times than content like status updates or memes.

There are different types of content that require different forms of engagement on Twitter. Knowing this information can help you decide when and how often to tweet according to these factors.

If you're tweeting polls, quizzes, or surveys:

These tweets require a lot of engagement on Twitter. As a result, you shouldn't spam them out but instead spread them out throughout the week. You'll also want to make sure that you don't post these too early or late as people might forget about them as time passes.

If you're tweeting memes, quotes, or inspirational quotes:

These types of content should be spread out throughout the week, just like the type above. The time that you post them will be less important as they're not often informative or actionable. Instead, their value is that they encourage discussion and provide a break from other types of content that require more "engagement."

If you're tweeting statuses (or updates about your brand):

These should be posted around the same time every day to establish regularity. You'll also want to make sure that you post enough of them for people to see your brand's personality when they check in on Twitter throughout the day. This ensures that they know what to expect from you and won't be surprised if a week goes by without a tweet from your company.

A tweet is a brief statement of 140 characters or less. It should include your audience in the tweet so that they can engage with you.

Tweets with links work best during times when people are still getting used to the new changes in Twitter and the content posted hasn't been seen before so they're curious. This will increase your chances of a response from your audience because their curiosity will be piqued.

The best time to tweet is between 10 am and 10 pm, which is when most people are awake, but not too late for them to stay up overnight and get an idea of what's going on in the world. This is also when most tweets with links are posted because it's convenient for people to read them throughout their day in between classes or jobs. If you want to get more engagement from your audience, try posting something fun or interesting like a picture or gif. Your audience may respond by retweeting you or replying back with their own thoughts or feelings about what you tweeted.

If your tweet is an informational tweet, you will most likely get a reply from your followers.

If your tweet is a promotional tweet, it will require some sort of action on the part of your followers. This can be something as simple as retweeting or favoriting the tweet.

If your tweet is a question, it's not just about the content of this particular tweet; it's also about what you want to find out from your audience. You'll want to make sure that you're asking questions that are relevant to your followers and get them to engage with them on Twitter. It takes more than just asking for a few responses for this type of content to work; it takes interaction and engagement as well.

If your tweet is a quote or meme, you'll want to make sure that it's relevant to the followers who see it so that they can respond with sincerity. This type of tweet requires less engagement than the type above because many people ignore these tweets and don't really care what they have to say unless it relates to them directly.

When you're tweeting content that requires less engagement, you'll want to tweet throughout the day in order to reach as much of your audience as possible.

On the other hand, when you're trying to get more engagement from your followers, posting during peak times is best. This will ensure that you can reach all (or most) of your followers because they'll be online and engaging with tweets at the same time as you. 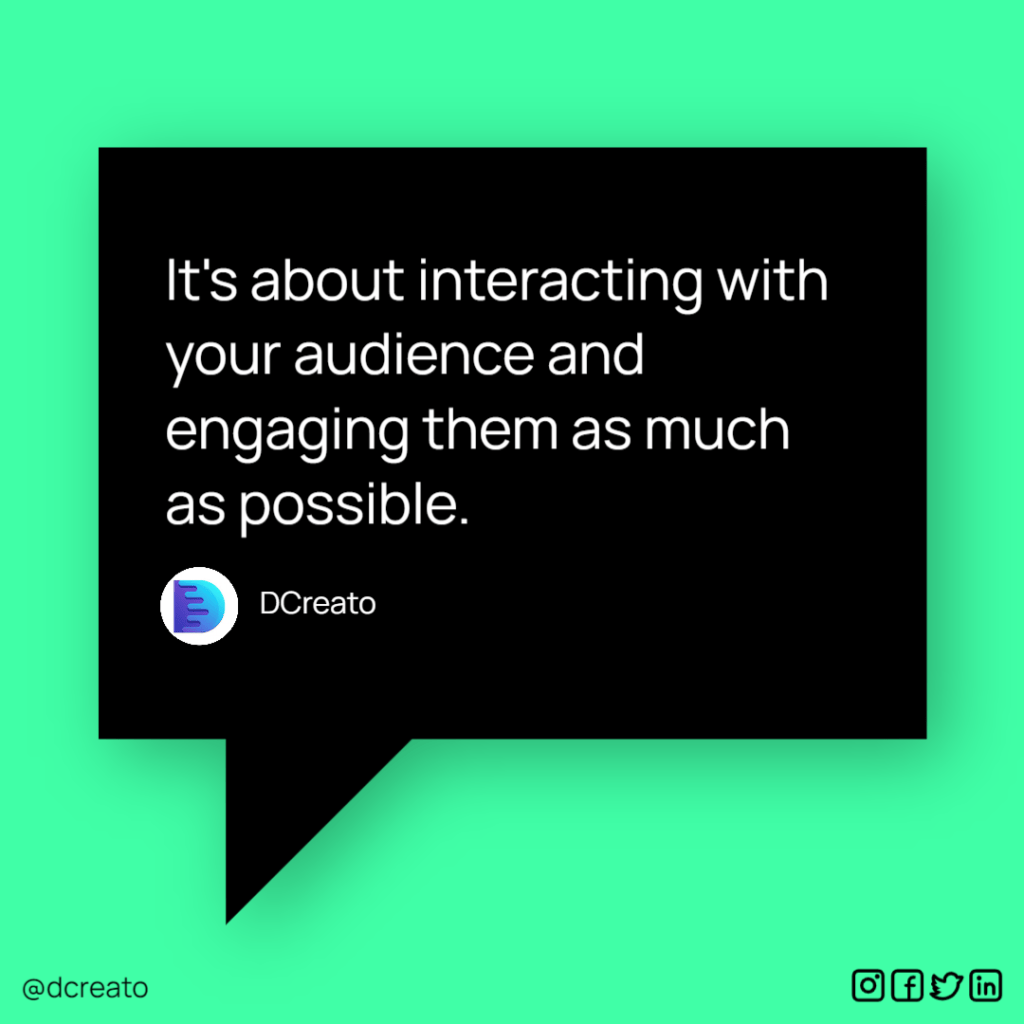 You'll want to do this by tweeting as often as possible without overdoing it and scheduling some tweets for the future if you're busy. Don't forget to check out our other articles!