How To Create Neon Text Effect In Elementor

How To Create Neon Text Effect In Elementor

In this blog, you will learn how to create a neon text effect in elementor pro. Here is the used elementor pro custom CSS feature, if you don't have elementor pro then you can download it from here: https://dcreato.com/go/elementor So, we will learn the full process with a few steps so let’s begin:

At first, make sure that you activate the elementor pro. Here is my case as you can see the license option is available and elementor pro is activated now. After that what I show you in the intro, I'm gonna delete that so I can show you step by step from scratch. 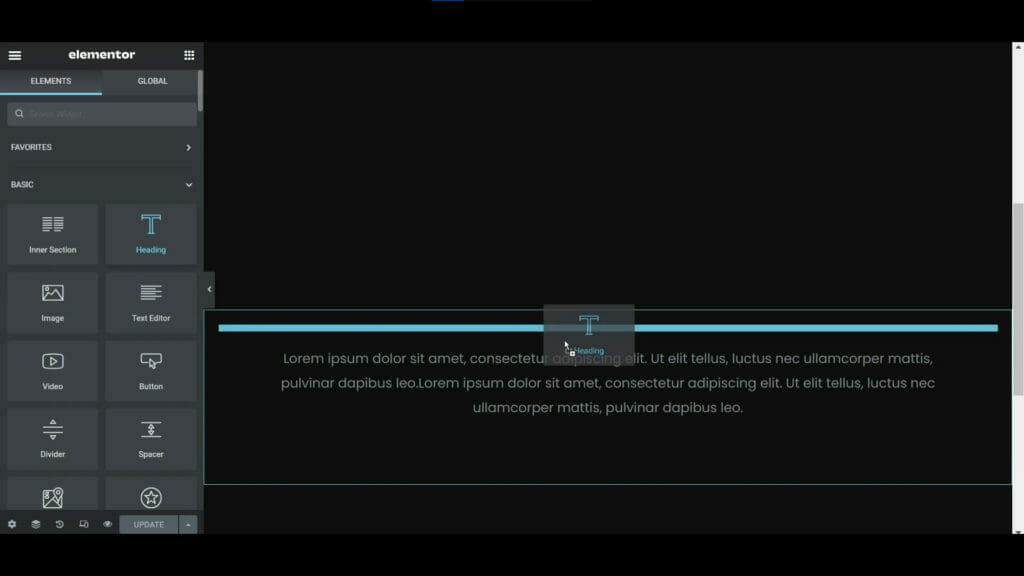 After deleting all the elements there is no heading. Now we have to place one heading widget. After placing the heading you can customize it as your wish here I have changed the font, size, font weight, color, etc. 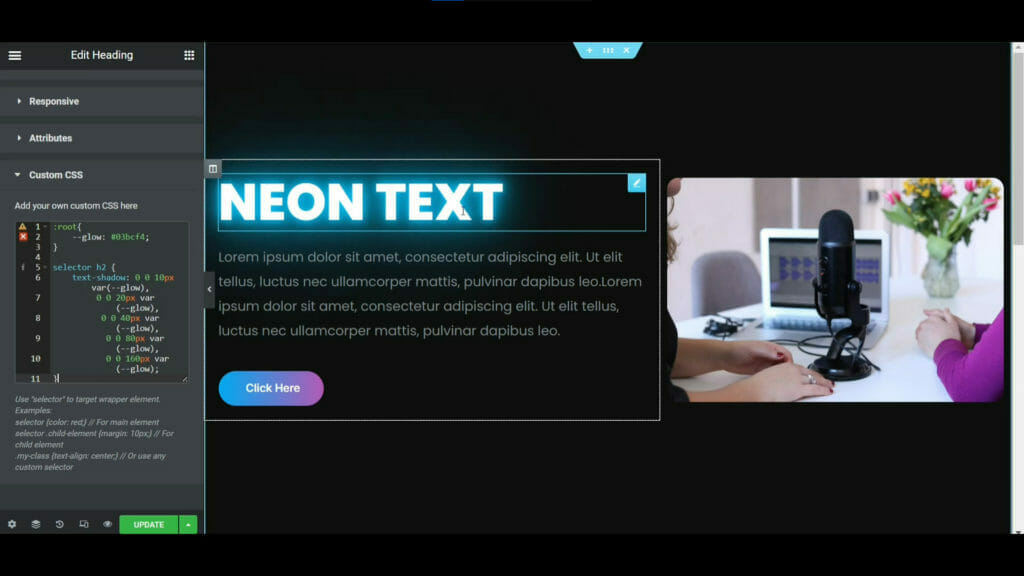 Now after some customization, we have to paste the CSS code to create a neon effect on the text. After pasting the CSS code on the custom CSS, your heading will look above the image. Just after pasting, it will automatically glow with a neon effect. All CSS code will be given below, just you have to copy and paste it on your custom CSS. 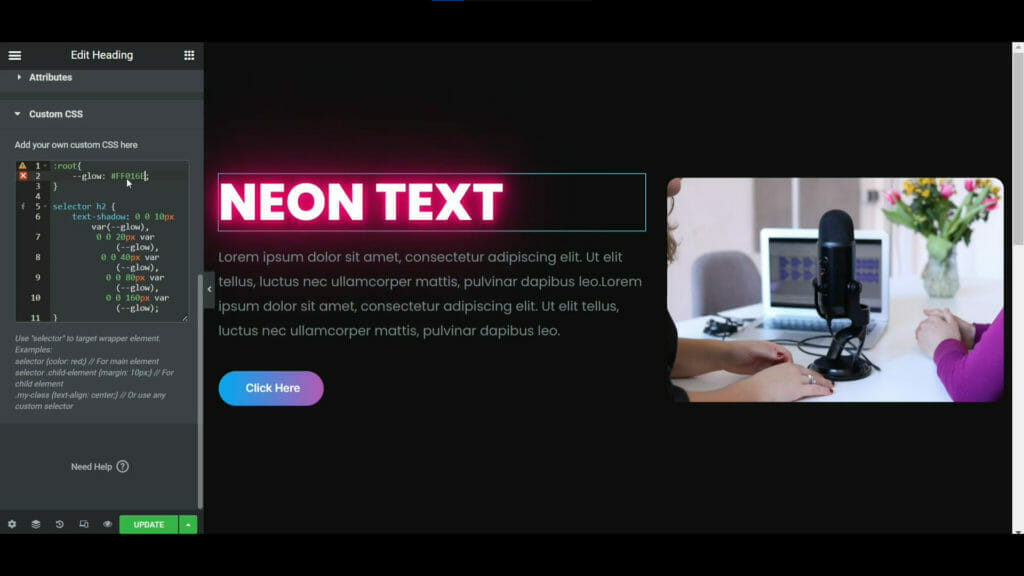 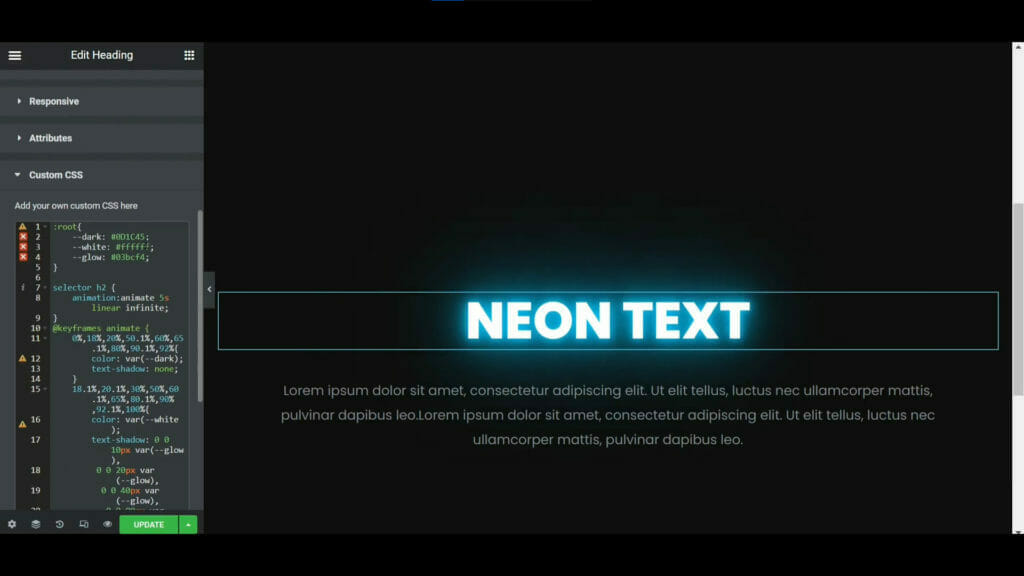 Now move on to the next part which is how you can create neon blinking text using CSS. So, as usual, again you have to place one heading widget and customize it as your wish. As like before here I have changed its font-weight, color, size, etc. Then paste the CSS code which is given below. Again just after pasting the CSS code, the heading will automatically start blinking with a neon effect. 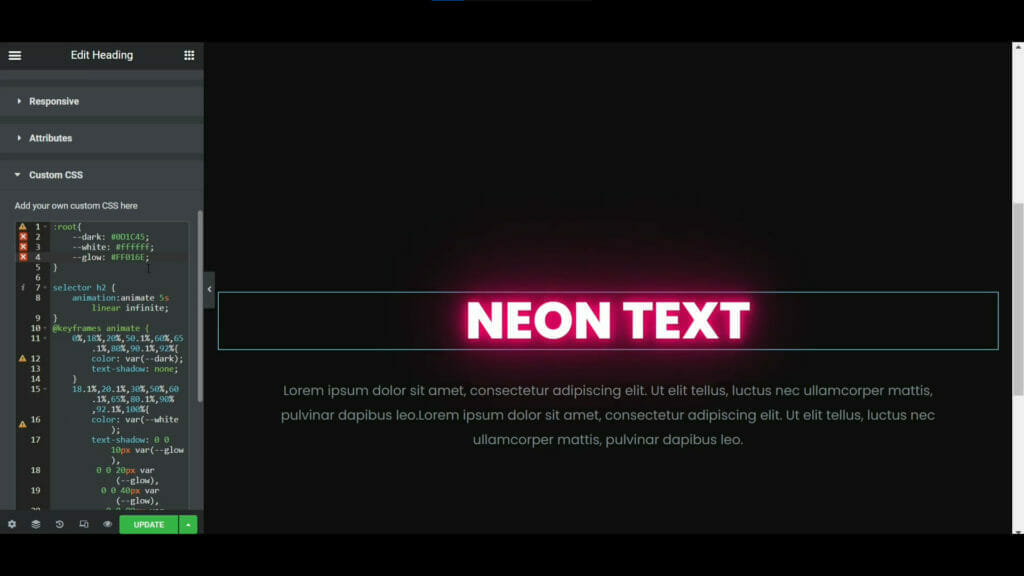 So, here is the process of how you can create a neon text effect using elementor pro and CSS. You can use this neon heading in your website banner heading or you can use it on the coming soon page, that will look so amazing.

The most important thing is that WE MADE A VIDEO ON HOW TO CREATE NEON TEXT EFFECT IN ELEMENTOR, here’s the link, you can watch this you will better understand: https://youtu.be/kurZIwQQ-js

That’s all there is to it! We hope that you’ve learned something new today and that you’ll be able to apply it to your own website. If you like it then share this post and if you have any questions or feedback on this blog, please leave them in the comments, or you can comment on youtube, we will reply to you shortly!